A quest in Groningen

Marjan de Visser and Marya Albrecht restored a painting on behalf of Landgoed Verhildersum . The restoration was made possible in part by the Rembrandt Association. It was run between February 2020 and December 2021.

A report on restoration history and the search for the artist-maker of the portrait of Gratia Susanna Tjarda van Starkenborgh born Clant. This is the report of the lecture given by Marjan de Visser in the context of ‘Day of the Groninger History. The lecture could be followed via a livestream on October 18, 2020.

During the restoration of the portrait of Gratia, we made special discoveries about the restoration history and the painting itself. Partly because of this, we received more and more questions and the painting became more and more puzzling. On the advice of our supervisory committee consisting of Carol Pottach (conservator Mauritshuis) and Egge Knol (curator of ancient art, Groninger Museum), we, therefore, visited Groningen in the hope of finding answers to our questions.

The goal of our search

The goal was to find portrait paintings with similar depictions. In this way, we could prepare ourselves for the next phase in the restoration process: the construction. Unfortunately, our painting has suffered a lot of damage in the past. As a result, the depiction lacks sharpness and brushwork. It would be nice if we could find a portrait of a lady with a similar setup. Also, it would be interesting to find paintings with a similar restoration history. What struck us about the painting from the start was the shape of the stretcher and the relatively large wedges. We also found the blue tape around the edges of this window very striking. Never before had we encountered this in a painting.

In preparation for our visit to Groningen (16-17-18 June 2020), we contacted the depot manager of the Groninger Museum Marlon Steensma to view the collection of portraits there. Egge Knol advised us to also go to the Menkemaborg. There we could study the portrait paintings. We also wanted to see the portrait paintings on Landgoed Verhildersum, especially the back. Would it be possible to find more paintings there with a similar restoration? We also wanted to browse the map archive ourselves in search of hidden information about the restoration history.

But finish phase one first

The plan was to finish the varnish collection first. Then we would have a clear picture of the condition of the original paint layer. This could help us further during the research in Groningen. In the lower-left corner, the varnish would still be removed. During this task, we (June 4, 2020) came across a few different stripes of paint that were clearly original. Not very visible, but just enough for our trained eye to give the idea that it could be a signature.

The size of the painting was adjusted during one of the previous restorations that the painting has undergone. As a result, the painting on the left has been folded over the stretcher and used as a clamping edge. It was precisely there that we found (under the blue tape) a clearly recognizable capital letter H. Then it became clear that the painting was indeed signed. In the other bars, we saw a V or an R. And we discovered some numbers underneath during further varnish removal – let’s say two layers of varnish. This signature was therefore not noticed during two previous restorations.

By adjusting the colors and lighting, this unclear script could be deciphered: H ten Oever f (below) 1683. This artist was then searched and found on the website of the Netherlands Institute for Art History (RKD). Hendrick ten Oever was born in Zwolle in April 1639, worked there for most of his life as a painter and died there in November 1716. He painted portraits and landscapes. There is even a small book published in 1957; Hendrick ten Oever, a forgotten master of Overijssel from the seventeenth century. 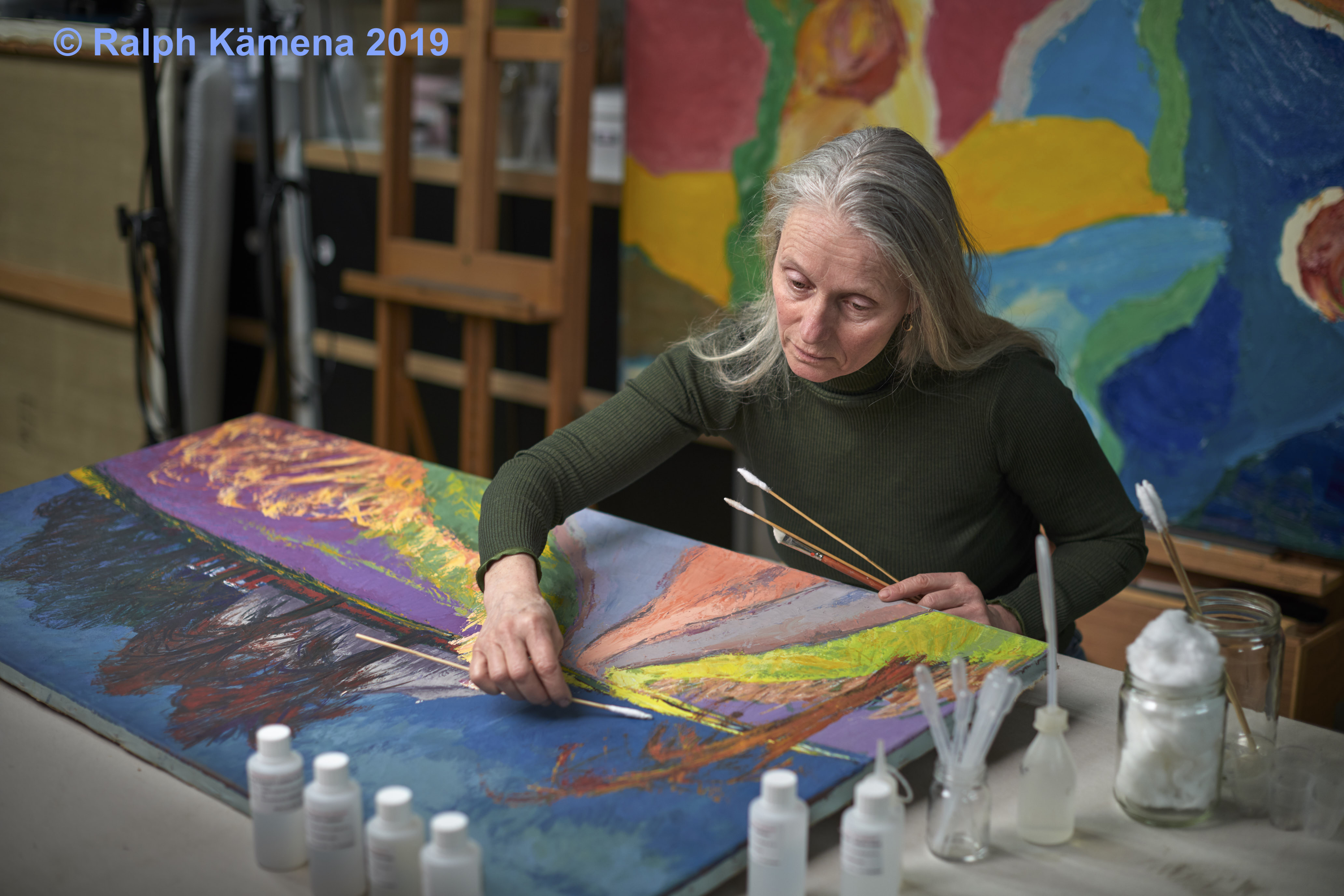 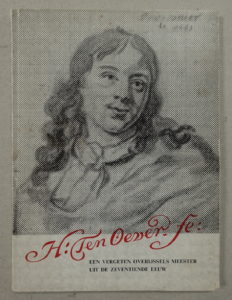 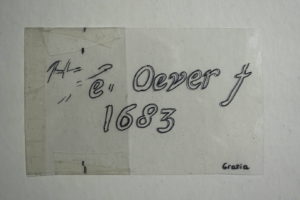 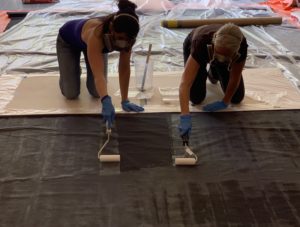 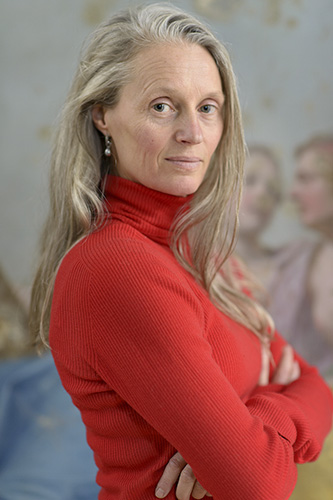