Signature    mentioned in the invoice on the table
Cornelius Johnson was born of Dutch parents who fled to London to escape religious persecution; Johnson van Ceulen was possibly trained as a painter in the Northern Netherlands. Around 1618 he established himself as a portrait painter in London. His signed or monogrammed portraits number several hundred; he is the first English-born painter known to have made so many. 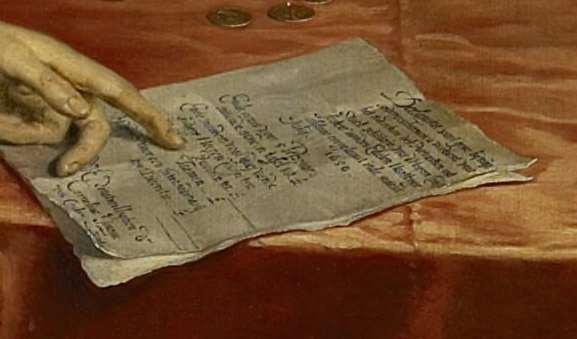 Typically, he painted bust-length representations with sitters looking directly out of the picture, giving close attention to accurately renderings of clothing. The Confrere St. Sebastian of Middelburg is a fair example of it. When the English Civil War began in 1643, Jansen moved to the northern Netherlands. He stopped first in Middelburg and later in Amsterdam, The Hague, and finally Utrecht. In Middelburg he joined the Saint Luke’s Guild shortly after his arrival and continued to produce portraits throughout the 1640s and early 1650.

The painting belongs to the Confrere of Saint Sebastian who sees it as her task to maintain the painting and keep it in good condition. The Confrere commissioned painting conservator Marjan de Visser to investigate the painting and give a proposal for improvement of state. Cleaning tests and varnish removal test are carried out showing a dark dirty layer on top of the varnish and a yellowed varnish covering the bright witness of the collars and cuffs. 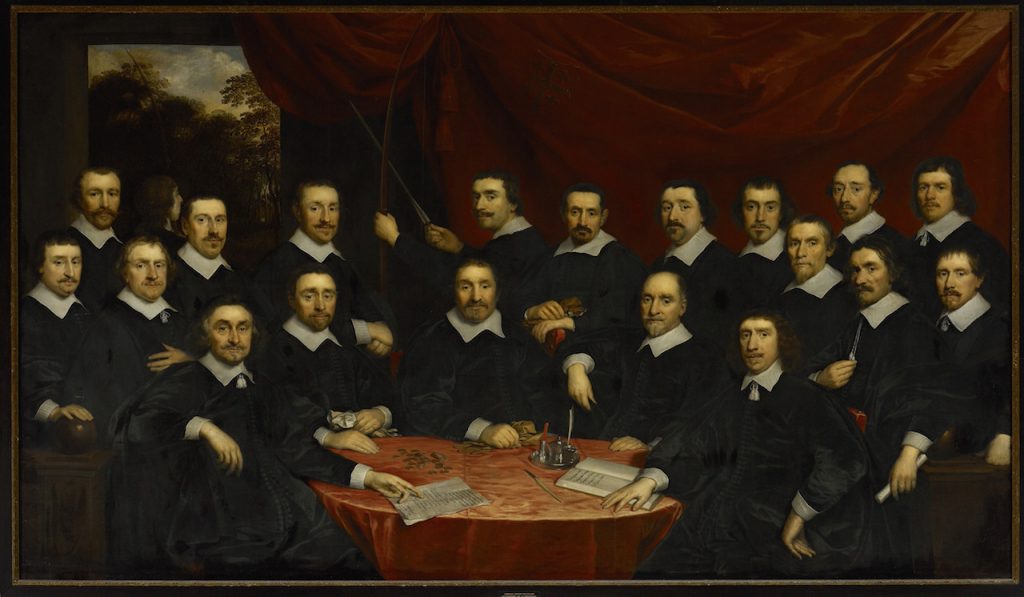