The painting of  the Civic Guard Portrait ‘Van Den Edelen Handboog’ was painted by Johnson van Ceulen in 1650. The painting depicting the members of the guard which was founded in 1217. This association still exists today. Saint Sebastian is their Patron.

The conservation of this painting by Cornelius Jonson van Ceulen had to be executed on location in two months and it can be said was a real teamwork. Constantly three to four conservators worked on site. We had conservation students from Le Conde, Lyon, France. These were Morgane Noly and Johanne Jusselme. They did a great job during the first five weeks in June. Cleaning and both varnish and overpaint removal. They started the retouchings. Anna Cheveley and Lucy Odlin both painting conservators from London, UK worked during July 2016 on the conservation of this painting. They mainly concentrated on fillings and retouchings. Thanks ladies for being my colleagues, we were a good team, lots of exchange in knowledge and changes we shared. Hope to see you and maybe work on another project.

Find included some pictures of the conservation team and treatment of the painting by Johnson van Ceulen and an article: wij zijn de stad 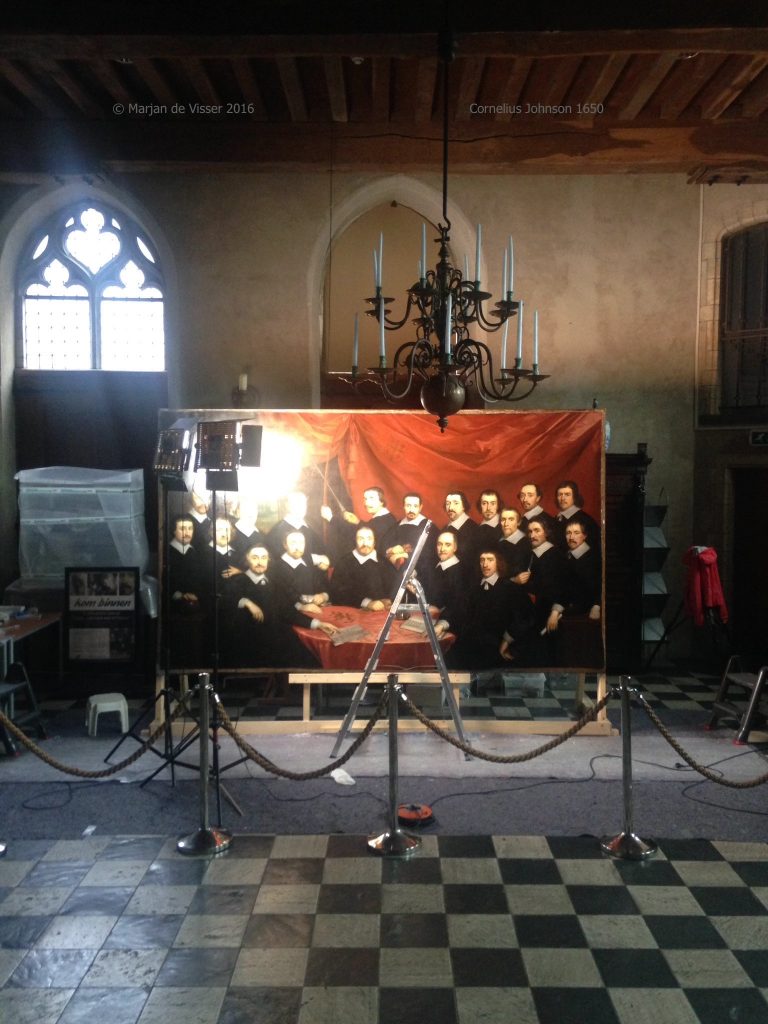 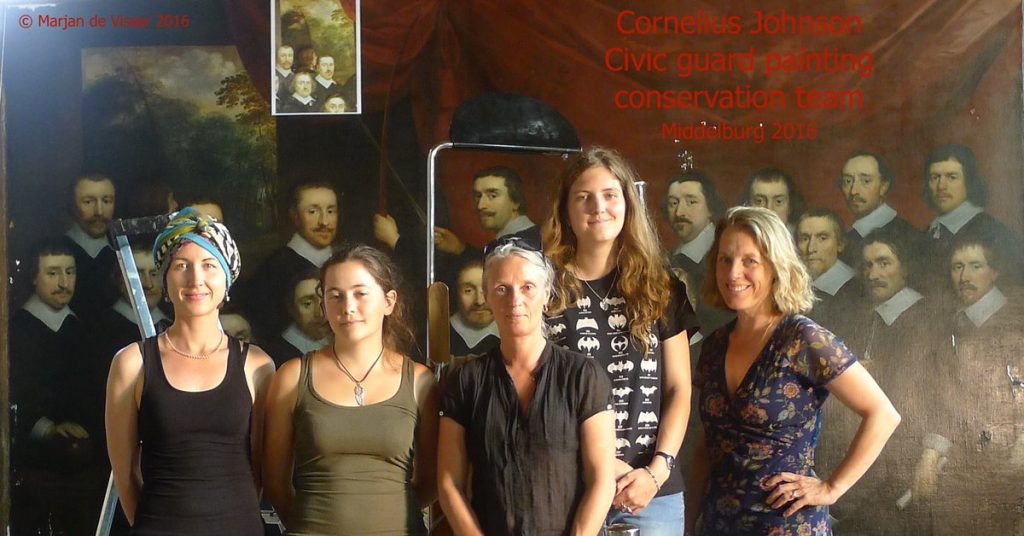 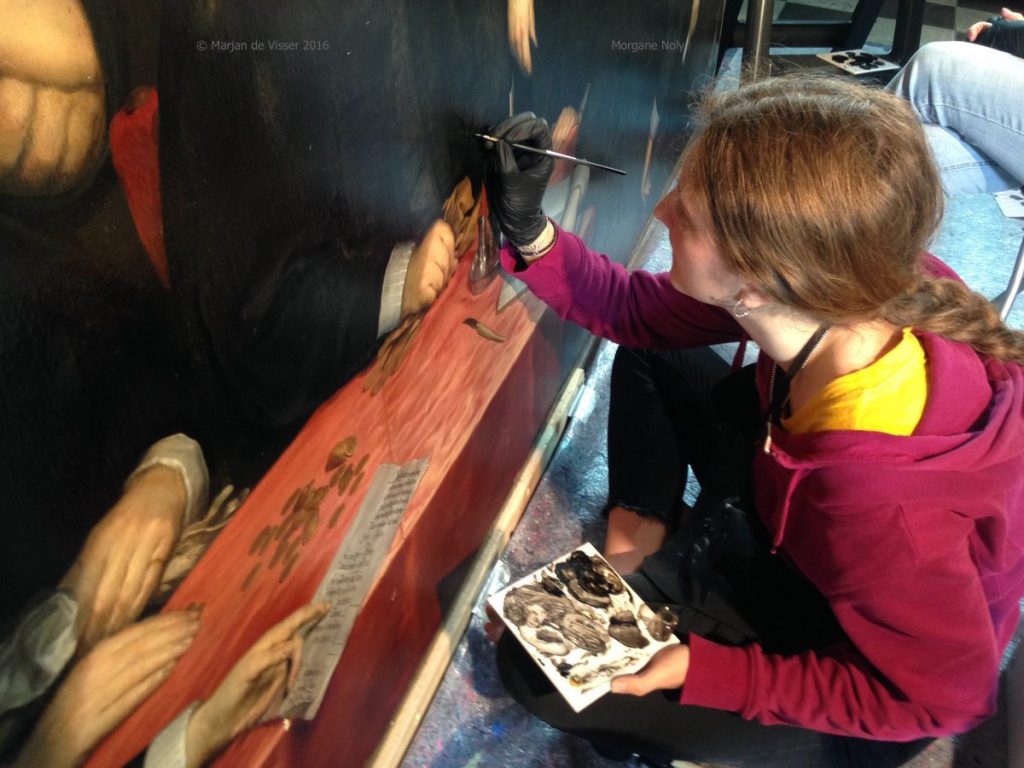 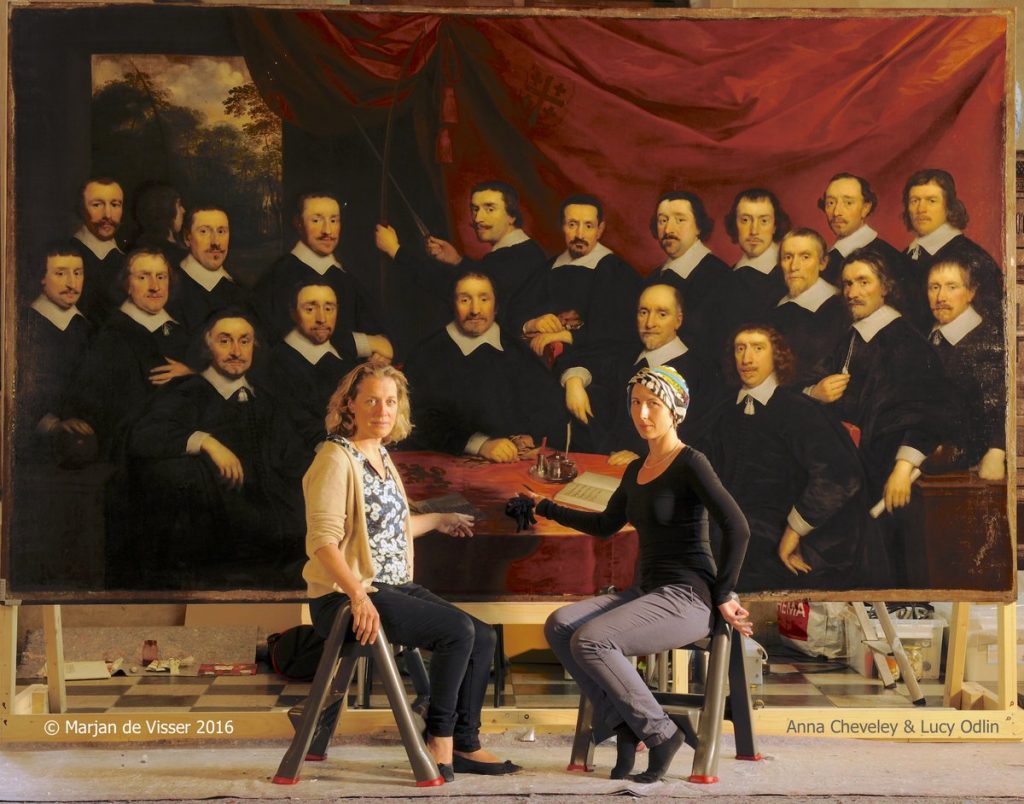